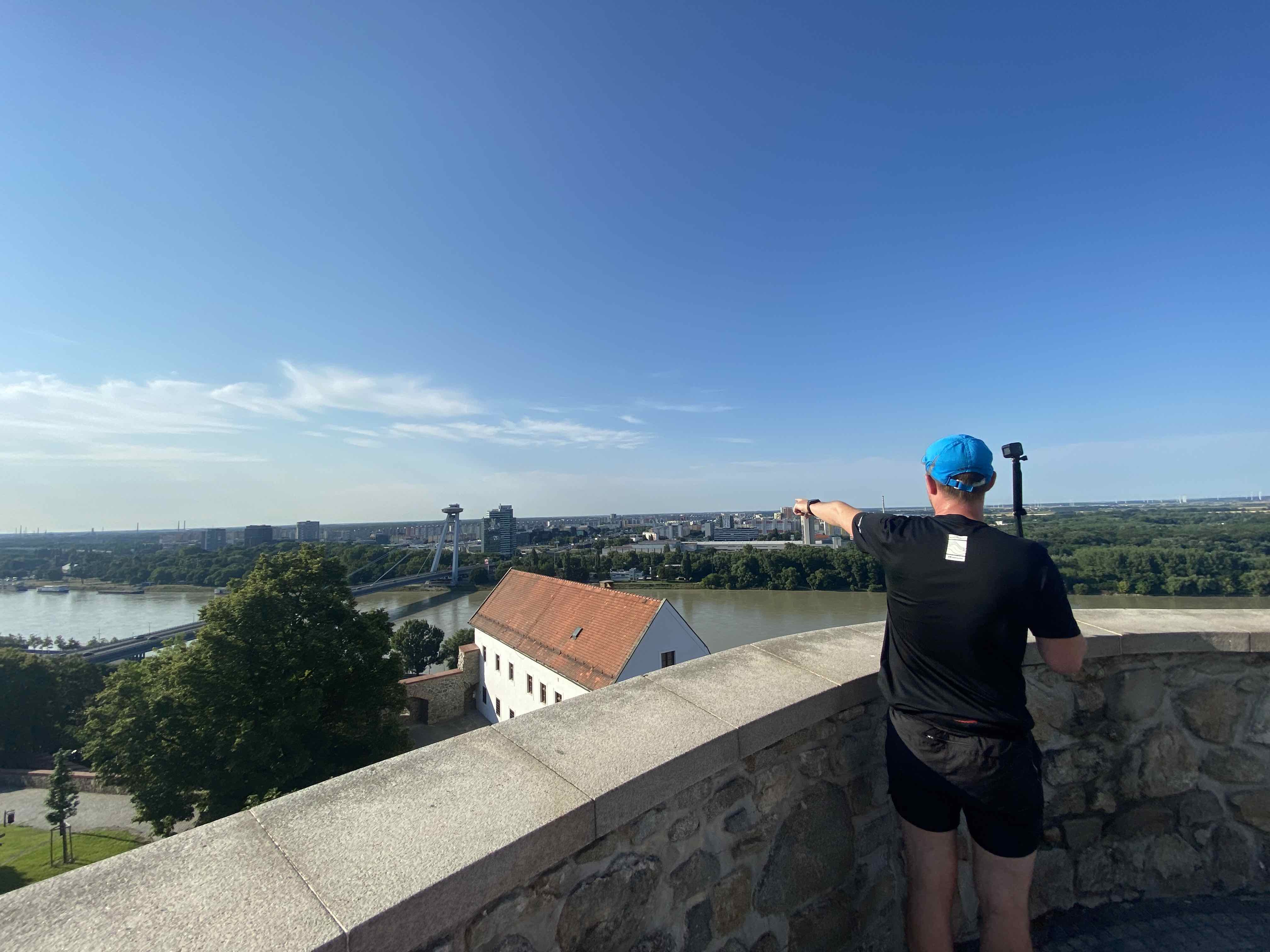 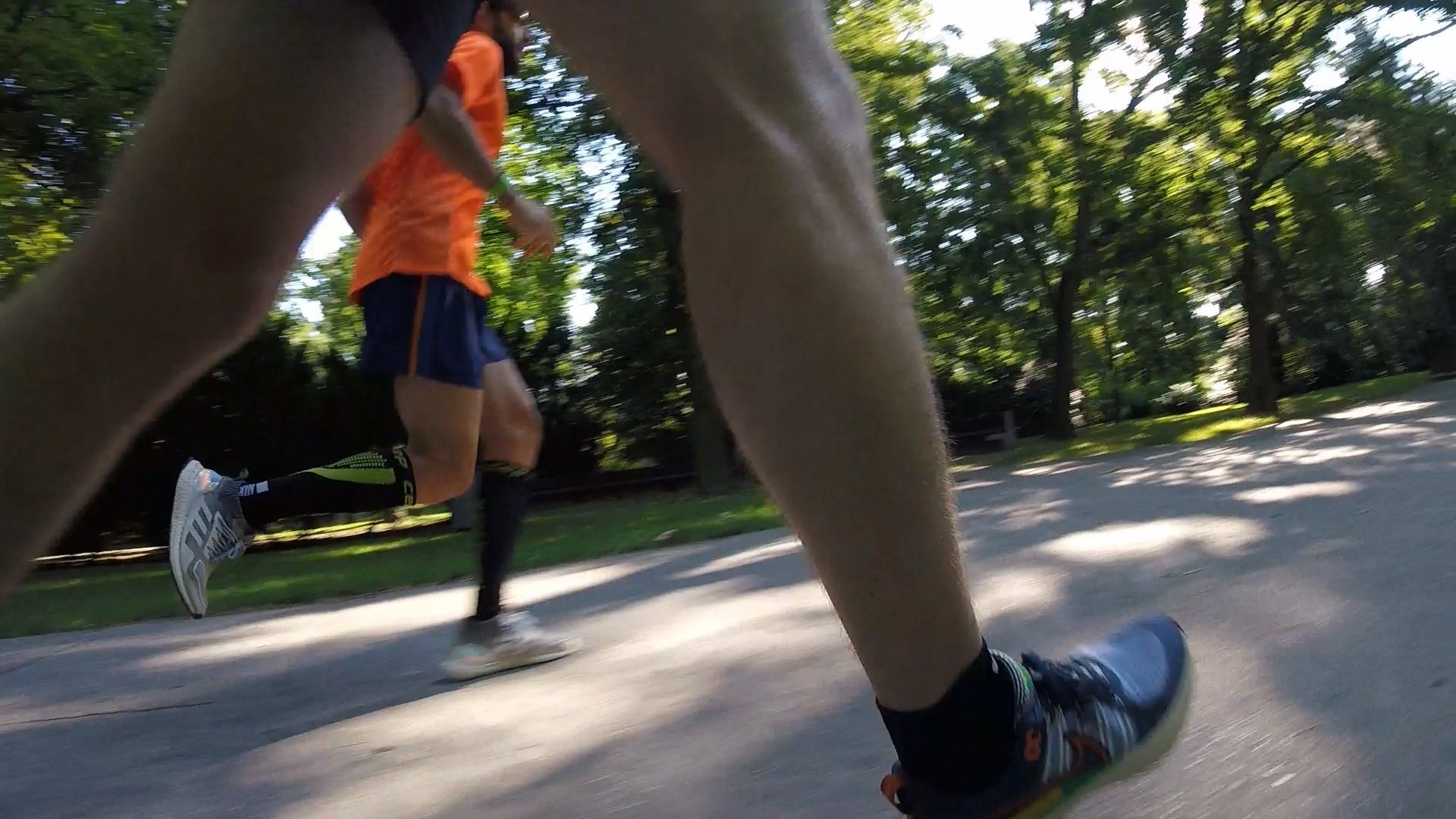 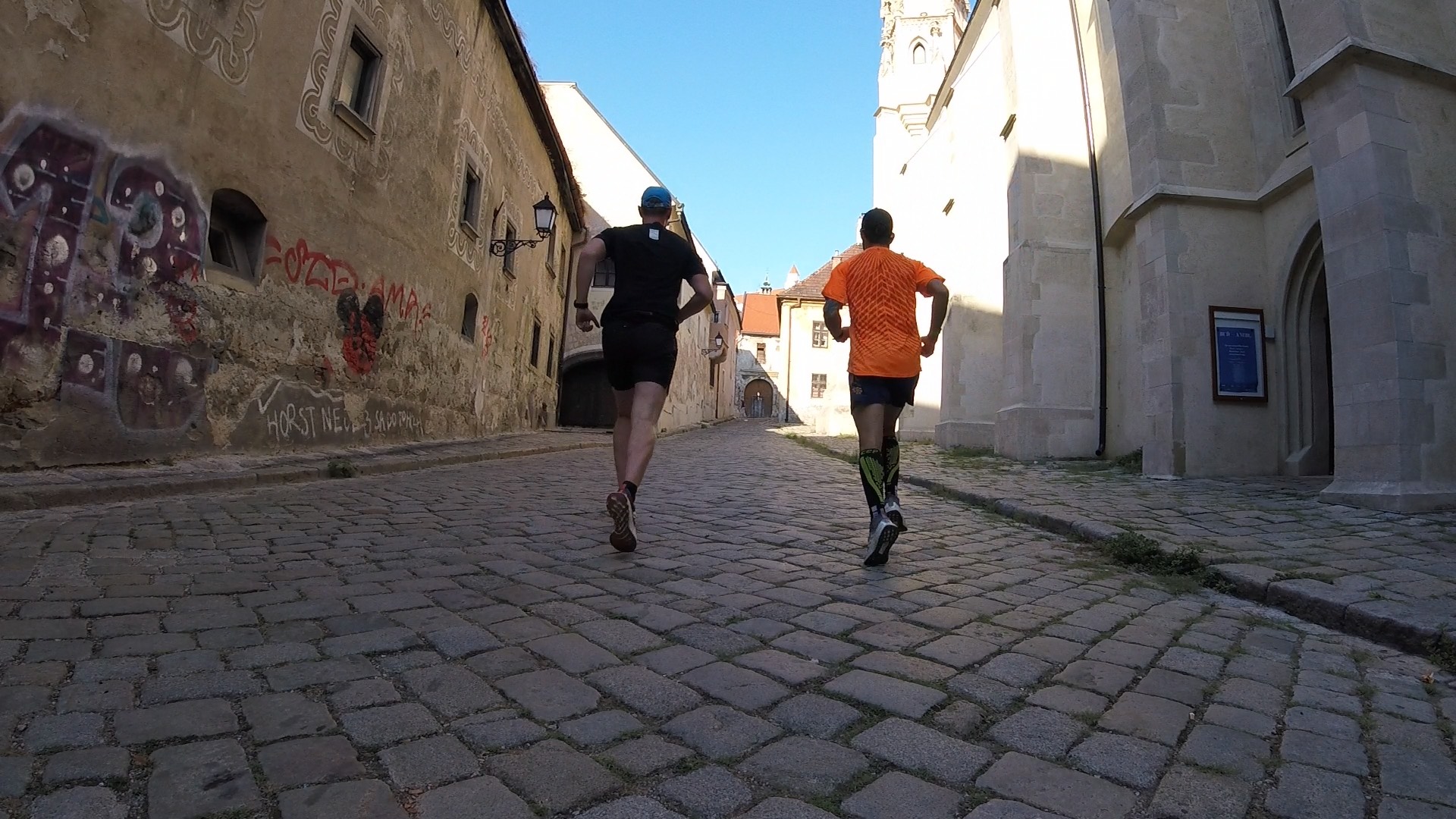 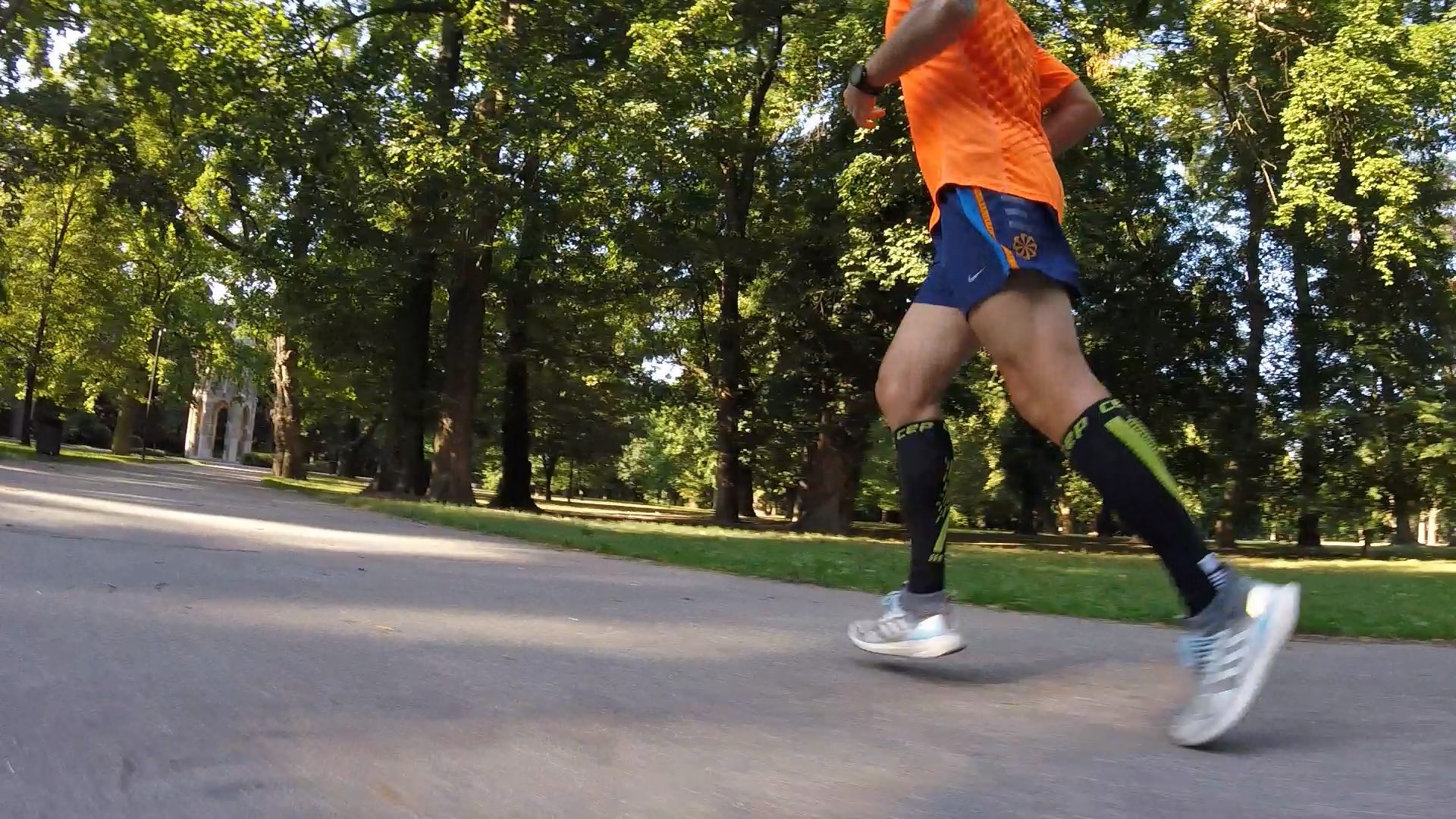 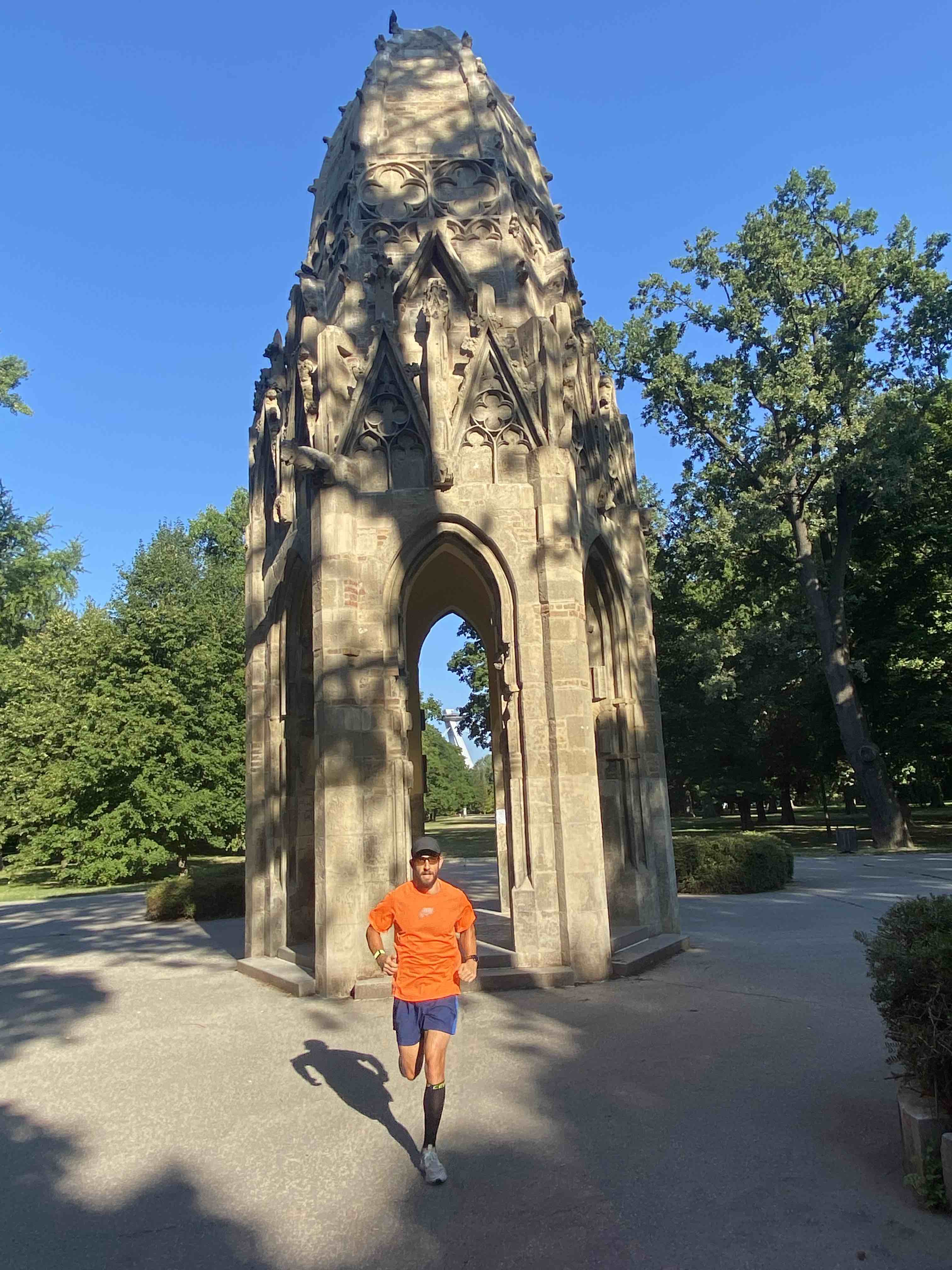 About the Danube River Running Tour

This 5-10km tour will bring to most of the historical sights located in downtown on the river side, new part of Bratislava - Eurovea and the oldest public park in Europe - San Janka Krala.

Bratislava Castle is the main castle of Bratislava, the capital of Slovakia. The massive rectangular building with four corner towers stands on an isolated rocky hill of the Little Carpathians directly above the Danube river in the middle of Bratislava. Because of its size and location, it has been a dominant feature of the city for centuries. The location provides excellent views of Bratislava, Austria and, in clear weather, parts of Hungary. Many legends are connected with the history of the castle.

The Danube is a river in Central and Eastern Europe, the European Union's longest and the continent's second longest.

Eurovea is a business, retail and residential centre in Bratislava, Slovakia, located near the Apollo bridge and Tower 115 building. Eurovea connects the Danube riverbank with the city center and offers many stores and leisure time facilities. The centre also includes offices, apartments, and a Sheraton hotel. Almost two thirds of the Eurovea area are covered by green and public areas. It belongs to the city. It opened to the public on March 26th, 2010.

Sad Janka Krala (Janko Kral Garden) is a park in Bratislava's Petrzalka borough. It is located in the northern part of Petrzalka, bordered by the Danube in the north, the Old Bridge access road in the east, a main road in the south and the Novy Most access road in the west. The park is one of the oldest municipal parks in Europe. The statue of Janko Krala is situated in the park. The park was established in 1774-76 with the intention of creating a park for the public. Under the influence of Baroque classicism, the walks were set up in the shape of an eight-leg star and trees were planted along them. Each allï¿½e was named after its corresponding species of tree (alder, maple, willow, etc.). The park attained its present-day shape in 1839, and was revamped in the 1970s.

Most Slovenskeho narodneho povstania (English: Bridge of the Slovak National Uprising), commonly referred to as Most SNP or the UFO Bridge, and named Novy most (English: New Bridge) from 1993 to 2012, is a road bridge over the Danube. It is the 32nd-tallest, and thus shortest, member of the World Federation of Great Towers, and is the only bridge to be a member. It is the world's longest cable-stayed bridge to have one pylon and one cable-stayed plane. A special attraction is the flying saucer-shaped structure housing a restaurant, which since 2005 has been called UFO (previously, Bystrica), on the bridge's 84.6 m (278 ft) pylon. The restaurant is reached using an elevator located in the east pillar, and offers a good view over Bratislava. The west pillar houses an emergency staircase with 430 stairs. Novï¿½ Most has four lanes for motor traffic on the upper level and lanes for bicycles and pedestrians on the lower level.

The St. Martin's Cathedral (Slovak: Katedrala svateho Martina, German: Kathedrale des Heiligen Martin) is a church in Bratislava, Slovakia, and the cathedral of the Roman Catholic Archdiocese of Bratislava. It is situated at the western border of the historical city center below Bratislava Castle. It is the largest and finest, as well as one of the oldest churches in Bratislava, known especially for being the coronation church of the Kingdom of Hungary between 1563 and 1830 and is one of two Hungarian Gothic minsters today's in Slovakia.

The Neo-Renaissance building was built in 1885-1886 during the time of Austria-Hungary, based on a design by the Viennese architects Fellner & Helmer, who designed theatre buildings in 10 European countries. The building has housed Slovak National Theatre ensembles since 1920, but today only the opera and ballet ensembles are resident. It was restored between 1969 and 1972, when a new modern technical building was added behind the old building. It features a unique lustre (a special ball) with 2532 bulbs enabling the creation of millions of combinations of light pictures based on a selected programme.

The design of the new building was begun in the early 1980s, and construction started in 1986. Due to a lack of funds, the building was under construction (with long interruptions) for 21 years. The building was finally opened on April 14, 2007 and it houses all three ensembles of the Slovak National Theatre, although the ensembles continue to use the old building in the Old Town in parallel. The building is designed to hold 1700 spectators at a time in its three sections.
Source: Wikipedia.

Fill out the form below to book a tour. We will contat you at the email / phone provided by you.:

Where do you meet with the Running Tours Bratislava agent? After you register we will contact you by phone or email to agree on the logistics. We can pick you up at the hotel. For this service we might charge additional cost (based on the location of your pickup). If your hotel is in a running distance to the track, this is free and most of the hotels are in the running distance.

By booking a tour with Running Tours Bratislava you fully agree to the following: